Jim Wright likes to drop in his writings from time to time that he’s an important person who “founded” the most influential Pro-Life Lobby in Maryland.  He claims that he promoted Pro-Life Issues tirelessly despite the opposition that arose to him.  This is the real story.  Jim Wright was an “executive director” of the Maryland Moral Majority, founded by Jerry Falwell as part of a national organization.  After Jim Wright caused that organization great embarrassment and then refused correction by the National Organization he was disowned and cut loose by them.  Jim Wright’s “founding” of the Family Protection Lobby was nothing more than the remnants of the original organization that he co-opted from the Moral Majority which he failed and embarrassed.  Jim Wright was more concerned with publicity stunts and attention generating and the Moral Majority was concerned with actual legislative results.

This is the text from a newspaper article from June 26, 1981 that tells the tale of one of the first of what would be become many such events in Jim’s life as his stubbornness and refusal to accept correction were displayed.

(Update April 2015: More detail on this is available in a series of articles that begins HERE.)

The Moral Majority has disowned its Maryland chapter following a year of conflicts between the chapter and the national organization according to a published report. It is the first time the conservative Christian organization has divorced itself from an affiliate.  The Rev Jerry Falwell’s organization disbanded the Maryland chapter June 1 and began planning for a new group, a story in today’s editions of the Washington Post said. The action came after group’s executive director Ronald S Godwin complained that the state organization at times held the Moral Majority up to ridicule and was ignoring important national issues. The report said Jim Wright 24, the chapter’s executive director said “There were personality conflicts.” Since January, Wright’s chapter has operated under the name Family Protection Lobby after donations intended for the Maryland Moral Majority went instead to national headquarters according to Wright. He said his group will continue to lobby on issues and will stay in its rented offices on School Street adjacent to the State House.  “We will not quit,” he said adding that the coalition of community and church group will be back in force for the 1982 General Assembly. During the 1981 session Family Protection members supported statewide spending limits and preservation of the state censor board and opposed counseling in the schools. Some legislators criticized their lobbying efforts as heavy-handed. Its tactics and methods were not compatible with the national efforts of the Moral Majority said Godwin of Lynchburg Va where the rightist political action group is based.

Following this shameful chapter Jim Wright continued in his behaviors and in most cases his activities backfired and actually ended up creating support for what he claimed to oppose.  There are many articles in the archives that speak of subsequent events where Jim Wright and the “Family Protection Lobby” tried to coerce legislators through the use of tactics which included in some instances threats to “out” politicians who were suspected of being gay, and in one bizarre instance, Jim Wright, who now claims to crusade on behalf of Clergy Sexual Abuse victims, stood before a legislative hearing with representatives from several cults Including the Unification Church and The Divine Light and spoke against legislation which was designed to assist in the rescuing of those caught up in such organizations.  In other words, Jim Wright actually used his influence and organization to empower cults which had a history of Spiritual and Sexual Abuse!  The article below tells that sad story from March 12, 1982. 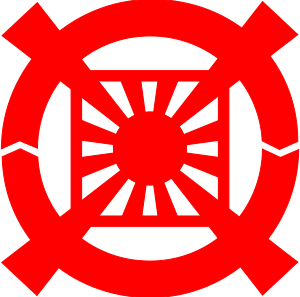 ANNAPOLIS, March 11, 1982 — t was the kind of hearing most legislators dread: a long list of witnesses marching before them to tell emotional tales, personal horror stories that seem to go on forever, often having little to do with the legislation being discussed.

But Wednesday evening, when the Judiciary Committee of the House of Delegates heard testimony on a bill which, if passed, would provide for court-appointed intermediaries in disputes between families and religious cult groups, most of the committee remained in the packed hearing room for 3 1/2 hours, listening attentively.

The bill, introduced by Del. Ida G. Ruben (D-Montgomery) would allow a court to appoint a guardian for 45 days when families could produce evidence that a family member was under some kind of mind control.

‘To the casual observer,’ Ruben said, ‘it is easy, too easy, to dismiss those involved as poor lost souls, casting about for some certainty in their lives, gullible and easy prey for the soft touch. Judging from the people involved whom I have known, if these are lost souls, then we are a lost race.’

Ruben was the first of 32 witnesses, all of whom provided emotional, sometimes wrenching testimony on both sides of the question. The committee heard former cult members tell of being subjected to mind control and having deprogramming forced on them. They heard a psychiatrist, who said there are more than 4,000 cults in this country, explain the cult phenomenon.

Current cult members defended their groups, claiming the bill, as one of them put it, ‘is proof that society judges us to be guilty because we are not members of main-line religions.’ And a member of the American Civil Liberties Union declared the bill unconstitutional as a violation of First Amendment rights.

Esther Dietz, of Silver Spring, whose daughter joined the Divine Light Mission eight years ago, described the nightmare which led to her conviction, along with her husband, on charges of kidnaping their daughter in Colorado. Coolly, she quoted medical reports on mind control and the cult movement. But finally, she looked up from her typed testimony, looked at committee members and said, ‘Must we wait for yet another Jonestown before we act?’

Detractors of the bill claimed it could easily be abused. ‘I’m sure back in Rome, the Christians were looked on as a cult,’ said Jim Wright, head of the Family Protection Lobby, an antiabortion group.

Michael W. Jenkins, director of the Maryland branch of the Unification Church, run by the Rev. Sun Myung Moon, labeled the bill, ‘a violation of religious liberty every step of the way.’ He suggested alternatives, such as a safe house that exists in San Francisco, where police provide a neutral ground for parents to meet with their children.

The witness who brought complete quiet to the room was Maggie Shivers, a 28-year-old junior at Yale University. She told of joining the Divine Light Mission at age 19 and rising through its ranks during her six years as a member.

‘I believed the Guru Maharaj Ji was the Lord and I was created to serve him,’ Shivers said. ‘I thought deprogramming would be worse than death because I had been told I would shatter into a million pieces if I ever left. I was in psychological bondage. Even after I knew about the Guru’s 30 cars and his Boeing 707 with gold seat-belts, I rationalized it.’

Shivers was near tears. ‘There are children still there, even if they are adults in age, who cannot cry for help. They cannot communicate at all. We have to start . . .’ Shivers’ voice broke. She could not finish her testimony.

Ruben, the measure’s sponsor, said there is no law of this kind in the U.S., although bills on the subject are before 13 state legislatures. But following the hearing, committee chairman Joseph E. Owens (D-Montgomery) termed the measure ‘drastic.’

Articles appear as they were originally printed in The Washington Post and may not include subsequent corrections.  Bold Letters were added for emphasis.

To read more of what Jim Wright defended that day, click here and read the other article that tell the story of one of the victims of these cults whom Jim Wright bizarrely defended.

Jim Wright, Hiding His Past

Since that time, Jim Wright’s pattern of attention gathering for himself at the expense of the causes he claims to promote has continued.  The scope of his influence has become narrower as people in organizations, like the Moral Majority did, realize that his behavior and support is a liability and that he is stubborn and either unwilling or incapable of being corrected once he gets an idea in his head and chooses to pursue it.  He’s been kicked out of the Moral Majority, rejected from leadership roles in local churches and even excommunicated from a local church in Manassas Virginia and most recently by the Organic Church community in Northern Virginia and many nationally known organic authors.  (Update April 2015: Its since been discovered based on Jim Wright’s own writing that he was also part of a group thrown out of a United Methodist Church in Davidsonville, MD. in the 1970s)  Jim is now trying to continue his activities through the Internet by creating an internet persona along with organizations which operate in secret with no names associated other than Jim’s and his second wife’s.

Beware of Jim Wright.  Those who are victims of Clergy and Sexual Abuse in particular along with some bloggers have been deceived by him, and they give him support by allowing him to post and promote himself on their sites and sadly, those people may well harm their own cause as this information continues to come out.  There is a great deal more in other venues including things more recent than this which continue to testify to the instability and lack of shame that has characterized Jim Wright’s self-aggrandizing patterns of behavior.