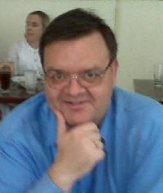 Who is Bart Breen and Why Crossroad Junction Watch?

This type of website is something I never thought I’d do.  Yet, having spent many years in formal ministry at both the local church and district level in an evangelical denomination, I was well aware there are people out in the Christian Community who don’t act like Christians. Just because they carry the name “Christian” doesn’t mean they act like Christ.  Such people are bullies and you have to stand up against them when they threaten others.

Jim Wright’s History as a Bully

Jim Wright is just such a bully and troublemaker in my local community.  He lives in Manassas, just about 20 miles away from where I live in Sterling, VA.  I’ve never met him, although I’ve made the offer more times than I can remember as this situation escalated and Jim Wright has refused.  I’ve met with pastors and leaders from his former churches, spoken on the phone with former friends and participants in his “house church”, emailed others to gather information and even been to courthouses to check or pick up records of his claimed activities in these different areas.

I became aware of him as I watched him present himself as a “leader” in the organic church community in Northern Virginia.  Increasingly I watched him online seek out people with whom he disagreed in some area of theology or church practice and spread rumors and slander of the worst possible kind against them and others on their blogs, Facebook walls and in groups and chat areas.  Then I watched him raise the ante as people began to figure him out and cast him out of multiple online communities, just as he’d been cast out and excommunicated from at least one of his former local churches and before that organizations like the Moral Majority.

Over time it became clear to me that Jim Wright is a troubled man with an agenda to promote himself by destroying others.  Jim Wright has deep roots from his past in the Shepherding Movement. He’s attacked multiple churches in his own area, churches he attended, pastors he knew and now that he’s known and not welcome in many local churches for his past activities, he’s moved on to the organic church community. Jim Wright also has a deep grudge against Sovereign Grace Ministries which took over the church his parents planted in Arnold, Maryland. Once Jim Wright has a person or organization on his radar screen for wrongs, real or imagined against him, he engages in a scorched earth campaign of character assassination and this has been his pattern through most of his adult life.

What he does, he does online and publicly and so in the absence of him stopping he must be confronted in the same venues. It’s not pleasant, but when someone refuses correction and attacks others online, and refuses to deal with matters privately you’re left with the option of confronting them in the same venue or just ignoring them and hoping they’ll get tired and go away.

That in and of itself is serious enough, but more serious in my mind is that what he’s doing now is misusing and abusing people using exaggerated and fabricated charges of sexual abuse to attack for his own purposes.  He doesn’t seem to place a priority on genuine victims of such abuse, where any might exist and the existence of any genuine victims in the context of Wright’s campaign is very suspect as well for reasons you’ll see below as they involve Keith W. Smith as the source.

I care about the issue of Sexual Abuse.

I grew up in my past exposed to a great many forms of abuse.  The abuse I suffered was primarily physical abuse, emotional abuse and verbal abuse.  I still work through the impact of many of those childhood experience today and I’m more open than most in my personal online presence of sharing the impact on my life and how I am healing.  I care about victims of sexual and other forms of abuse and I want to see healing manifest in their lives even as I continue to heal from my own past.

Over 20 years in formal ministry at different levels, I worked with families in pastoral counseling often referring people to counselors when needed and at times making mandatory reports to police and public agencies when I became aware of issues that required me by law to do so or when I believed people were at risk and needed intervention.  At the district level in the denomination I worked with over the course of 5 years, I also was involved administratively with disciplinary issues with fellow clergy charged with different forms of sexual abuse.  Often times it was true.  Sometimes the charges were more serious than what the evidence supported, and sometimes too charges were found as false.  I learned a few things along the way in how to investigate and what to look for in matters like this.

In particular, I learned that when charges came from people not directly involved who had demonstrable other motives, that this was a strong clue that there was defamation and slander likely involved.  Jim Wright has no connection with the claims he makes, no named victims and he claims to be part of an organization with no named leaders.  Further Jim Wright, was already attacking and involved with the people he now accuses on issues of disagreement in theology or he sees them as having stood in his way to some form of power or leadership, before he brought other charges to attempt to punish them or ruin them for thwarting him.  These are very strong warning signs of a personal vendetta at work.  Further, in March of 2015, the Facebook Page used by Jim Wright and his wife Marianne, was deleted by Facebook for Multiple Community Guideline Violations.

I work for personal healing and to support fellow abuse victims.

Today, I continue to help others with emotional pain and past abuse.  I’ve worked as a volunteer with a group in South Florida that over periods of time, I’ve flown down every 6 weeks or so that provides weekend workshops for those with childhood issues, including sexual abuse.  I’ve enrolled in courses through this organization, in moving toward leadership to assist with therapists and instructors within the organization, to increase my ability to work in courses and weekends with others in the future. I’ve also worked with a similar organization in New York City at times as an assistant in their weekend courses.

I get angry when I see people’s pain used for selfish purposes by someone like Jim Wright.

I get angry when I see someone use suffering of other people to promote their own agendas as I believe Jim Wright does.  More recently, Jim Wright promoted the “credentials” of Keith W. Smith who lives in Germany and holds himself out as a psycho-therapist for sexually abused children and a counselor for other forms of mental illness and victims of abuse.  I checked the credentials of this man, something that Wright appears to have failed to do, despite the fact that he holds himself out as an attorney.  He apparently did not exercise any due diligence in this simple matter.  Any amount of checking done by Wright would have revealed what I found that Keith W. Smith was claiming false credentials, by contacting the registrar’s offices of these schools in the US and the UK and further by checking the licensing bodies in Germany where Keith W. Smith lives.  Confronted with this evidence, Keith Smith made a public confession although is was only partial and in it he still tried to promote some of his past false claims despite clear evidence that he had lied about those too.  Many of the claims made cannot be independently verified by officials.  It didn’t matter to Jim Wright however.  He charged ahead with unfounded claims to try to ruin people and wrapped himself in the cloak of real victims’ suffering.

Wright has promoted claims made behind the scenes by and through Keith W. Smith as a basis to attack several people, who write about Organic Church and he’s also attacked me for standing up to him and his lifelong patterns of slander and bullying.

This site is primarily here to defend legitimate victims of abuse from Jim Wright, and Keith W. Smith.

I am here to warn any who might be put in contact with either Keith W. Smith or Jim Wright and be subject to unqualified care and/or incompetent handling of their situation for Wright’s and Smith’s own agendas to attack other people rather than making the needs of victims primary for their direct help.  This isn’t just a matter of disagreement over doctrine.  I don’t care about any of that.  I simply care that these are men who use an issue to attack other people and by doing that, they are hurting legitimate sexual abuse victims and lessening the issue publicly by doing this.

Secondarily this site exists to expose both these men and their unethical practices in seeking to promote themselves as leaders in the Organic Church movement by attacking those they appear to wish to destroy and replace with themselves.

Please comment on this page (comments are screened first before they are approved) if you wish to get in touch with me.

6 thoughts on “About Crossroad Junction Watch and Bart Breen”